Is Snapchat only used for sexting? We asked 5,000 people to find out

By Chris KellyFebruary 7, 2013No Comments

As evidenced by its growing media buzz and copycats, Snapchat is one of Silicon Valley’s hottest startups. The Snapchat smartphone app lets users send messages, pictures, and videos that disappear once they’re viewed. Launched last year, it already has millions of users, with a strong slant towards a younger audience.

The conventional wisdom is that Snapchat’s self-destruct feature encourages “inappropriate” uses like sexting – the sending or receiving of texts, photos, or videos of a sexual nature. And Snapchat’s own onboarding process, featuring two scantily clad ladies, seemingly promotes that use case: 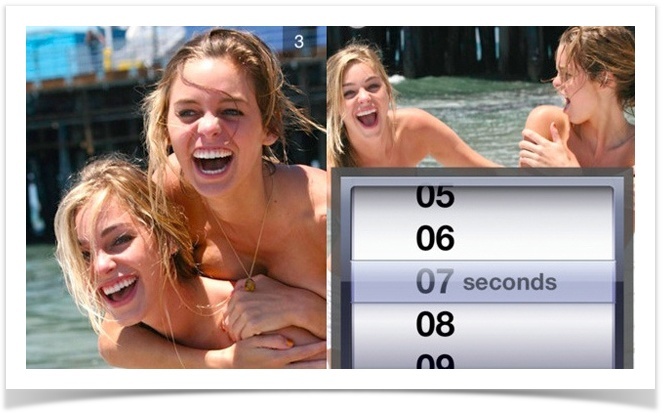 We decided to put this Snapchat-for-sexting speculation to the test by running a survey on our own Survata research network.

How prevalent is sexting on Snapchat?
We interviewed 5,475 US respondents aged 18 to 29 between January 19 and February 1, 2013. From that pool, we found 715 self-reported Snapchat users, and 13.1% of them admitted to sexting. Naturally, this begs the question of whether 13.1% is high or low. As a baseline for comparison, we interviewed a completely separate group of 453 self-reported text messaging users. 26.5% of text messaging users admitted to sexting, in line with prior studies.

So, our first conclusion: Sexting is less frequent among Snapchat users than among text messaging users. Consider this myth busted.

Men are from Mars…

The story doesn’t stop there, though. In our study, both gender and age affect one’s proclivity to sext. Whether over Snapchat or text messaging, men are significantly more likely than women to sext. On Snapchat in particular, sexting is more than twice as common among men than women!

Also, against the stereotype of party animal college students, we found that on Snapchat, 23 to 29 year olds actually sext more than 18 to 22 year olds.

If not for sexting, then what?

If sexting is fairly rare, then what is truly driving the Snapchat craze? To find out, we asked 260 Snapchat users, via a free response question, how they used the app. Frequently cited uses were to “send funny pictures to my friends” or “make silly faces for my friends” or “send jokes to my friends.” Perhaps this is just a new communication paradigm for a younger generation. As a Snapchat representative wrote, “There’s a reason why it’s illegal to record a phone call without permission – and it’s not because everyone is having phone sex.”

So keep on snapping, kids; we adults will try to be less suspicious going forward.