This week’s news has been dominated by reports on Edward Snowden, the government consultant who disclosed classified information on NSA surveillance programs to the press. Americans have expressed a range of reactions to Snowden, with some considering him a hero acting to protect civil liberties from government abuse and others considering him a traitor who damaged a key national security tool.

As a market research company, we at Survata couldn’t resist probing this topic.  We wondered whether perception of Snowden differed by gender.  Turns out, it does.

Last week, Edward Snowden disclosed to the press details of a classified National Security Agency surveillance program.  What is your opinion of his actions? 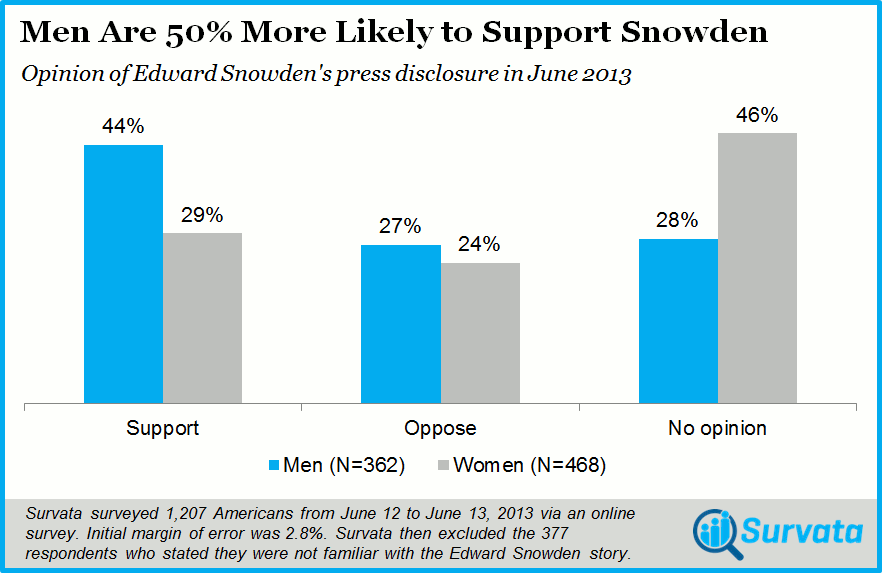 Curious to find more correlations?  You can analyze our data in Statwing or download it here.  Just be aware, of course, that someone might be watching you work…