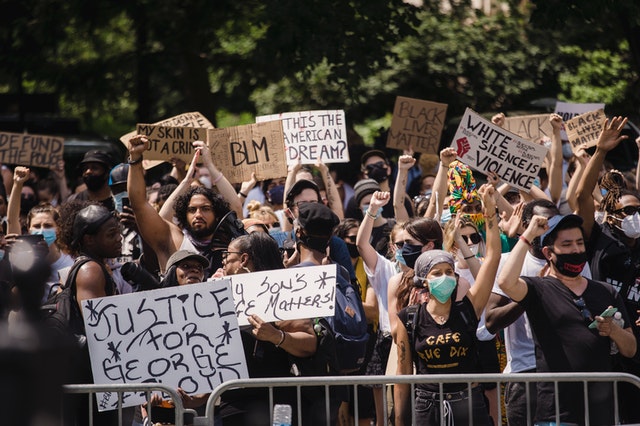 Can Cause Marketing Be Measured? What the “Love Has No Labels” Campaign Reveals about Advocacy in Advertising

By Chris KellyOctober 30, 2020No Comments

Advertising can drive sales, persuade customers to try new products, and strengthen brand loyalty. But when we shift from consumer marketing to cause marketing, does that same impact carry over? We’ve all seen our fair share of PSAs (think: Smokey the Bear, “This Is Your Brain On Drugs”), but do those campaigns truly move the needle? Can advertising be used as a force for good, and if so, can we actually measure its impact?

We ventured to find out through a recent pro bono partnership with Gumgum and the Ad Council.

Together, we promoted “Love Has No Labels,” the Ad Council’s Emmy-winning initiative to advocate for acceptance and inclusion of all people across race, religion, gender, sexual orientation, age and ability. Specifically, our collaborative campaign focused on the Black Lives Matter movement, encouraging viewers to come together for racial justice and equality. 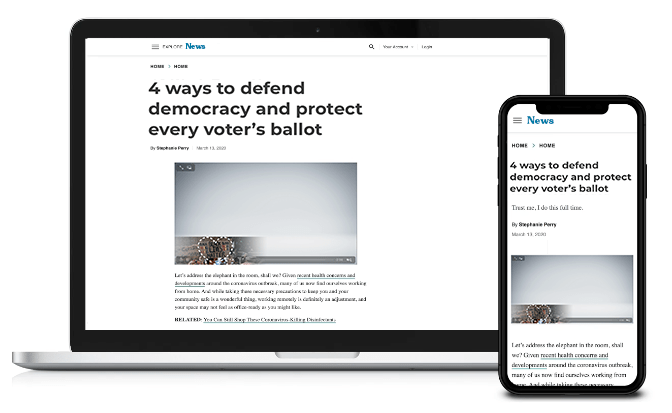 Gumgum leveraged their in-video ad format to display Love Has No Labels messaging within video content across major publisher sites. The campaign ran from August 3rd until October 11th with the goal of reaching socially-conscious individuals who cared about diversity and equality. In addition to reaching this audience, we hoped to see lifts in Ad Recall as well as indicators that viewers had a favorable impression of the campaign.

So, did the campaign work? Upwave provided pro bono campaign measurement to gauge the overall performance of the campaign and gather real insights into whether this PSA had an impact.

Roughly 70% of the exposed respondents were aged 55 or above, and the campaign primarily reached individuals identifying as White/Caucasian. This group reported trending increases for Ad Recall (16% lift in social justice ad recall) and Somewhat Favorable associations with the Love Has No Labels message. 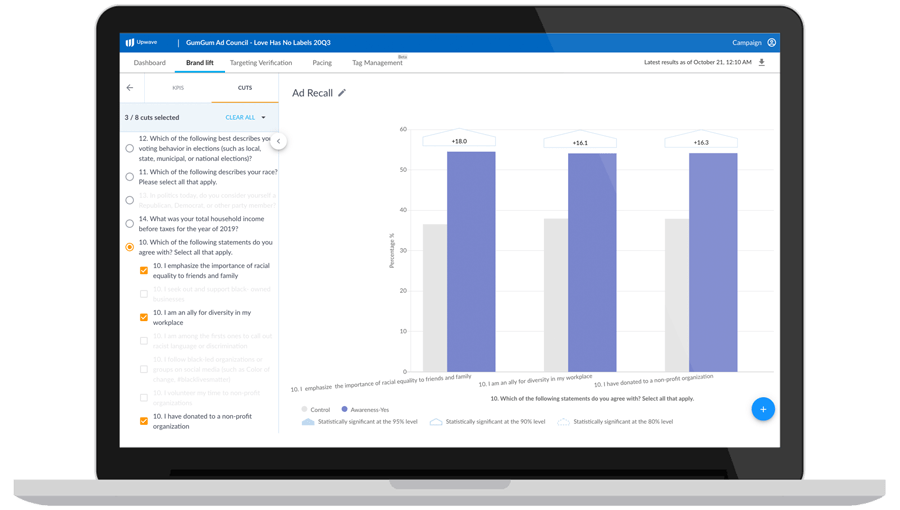 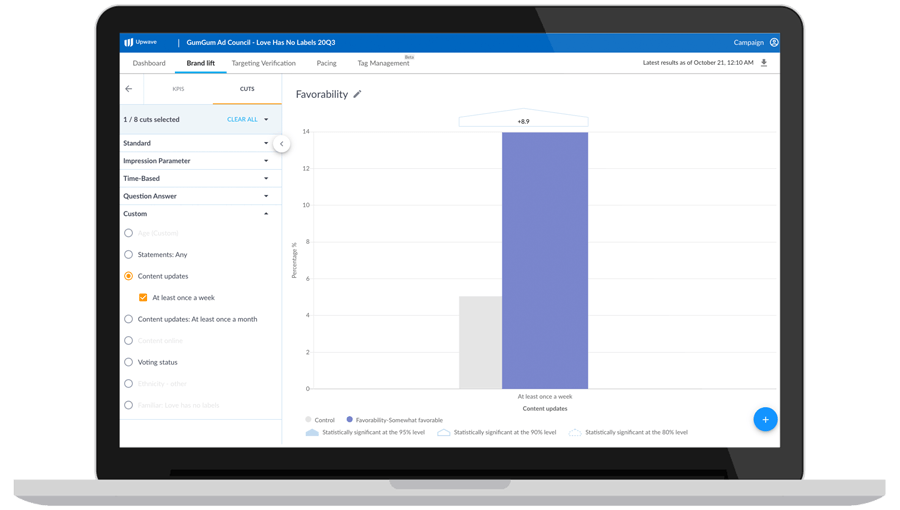 Additionally, among viewers who identified as registered voters who always voted, there was a 16% lift in Ad Recall of a social justice ad and a Somewhat Favorable impression of the campaign.

These results illustrate that the Love Has No Labels campaign met its objective in reaching socially-conscious individuals who care about diversity and equality. The overall lifts in Ad Recall and trends toward a favorable impression show that social justice and advocacy language resonate with audiences. Not to mention, our ability to capture these insights proves that brand lift measurement is not just a powerful tool for consumer campaigns, but also for cause marketing. Not only can advertising be used as a force for good – it can be monitored and measured for even greater impact.