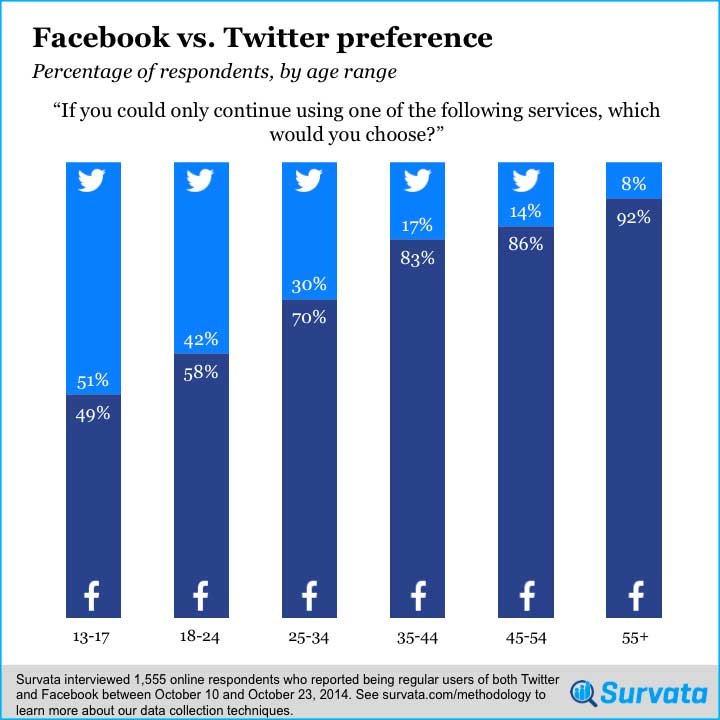 Despite the recent growth of new social services like Snapchat, the undisputed kings remain Facebook and Twitter (sorry, Google+).  We at Upwave were curious how users of both services would react if they were presented with a digital Sophie’s Choice: Making them select only Facebook or Twitter to keep using.

Overall, 65% of respondents chose Facebook.  However, it’s more insightful to review the data by demographic segment.  In a surprisingly consistent trend, users preferred Facebook more as they got older – the 55+ crowd chose Facebook 92% of the time.  In fact, the only age group to prefer Twitter (51% of the time) was 13-17 year olds. 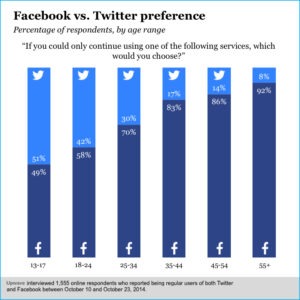 Both genders preferred Facebook, but their advantage was stronger among women. 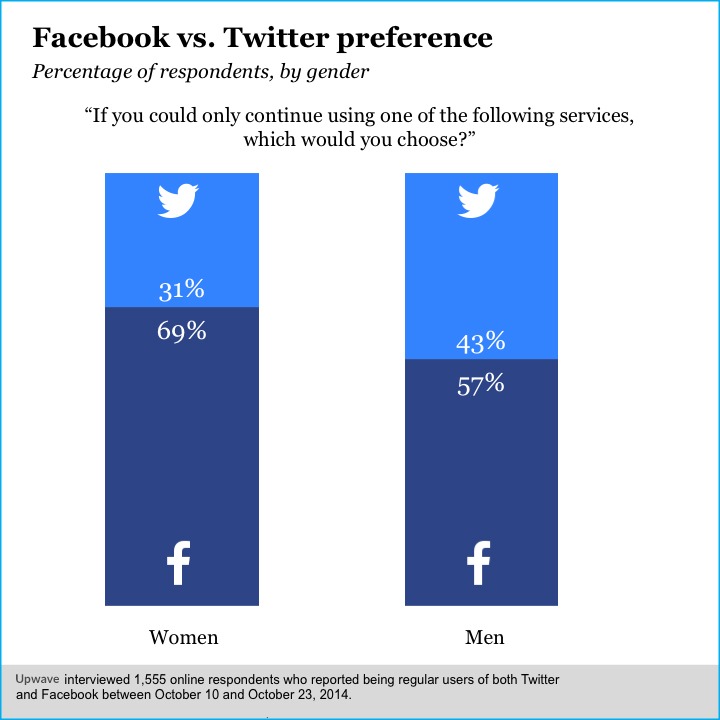 We did not ask respondents to list a reason for their choice, so we don’t have any evidence behind Facebook preference.