A Costly Ad Measurement Mistake and How to Avoid it

There are measurement techniques that worked for offline advertising that fail when used to measure digital advertising – and yet, the industry continues to apply them. Outdated ad measurement techniques can result in misleading insights because they do not account for the flood of additional factors that accompany digital advertising. Given digital advertising is growing at breakneck speed, the negative impact of legacy ad measurement techniques is becoming magnitudes worse. Until marketers realize that deconfounding is a key issue in ad measurement, they may continue to unintentionally pay millions of dollars for reports that measure pre-existing differences.
How Digital Advertising has Fundamentally Changed Causal Measurement
The goal of ad measurement is to measure the impact of ad exposure on KPIs. Inferring causality is complicated because the exposed and control groups can have pre-existing differences, known as confounders, that impact both ad exposure and KPIs. A confounder is a third variable that affects both the probability of ad exposure and the KPI. If a third variable only affects the KPI, then it is inconsequential because the impact is not systematic with ad exposure and therefore will not be mistakenly attributed to the campaign. The same logic applies to a third variable that only impacts the probability of ad exposure – since the variable will not be systematically impacting the KPI there will be no change in the KPI to measure. Without equalizing the control and exposed groups, analysts may report on pre-existing differences between the two groups and then falsely attribute those differences to the campaign. 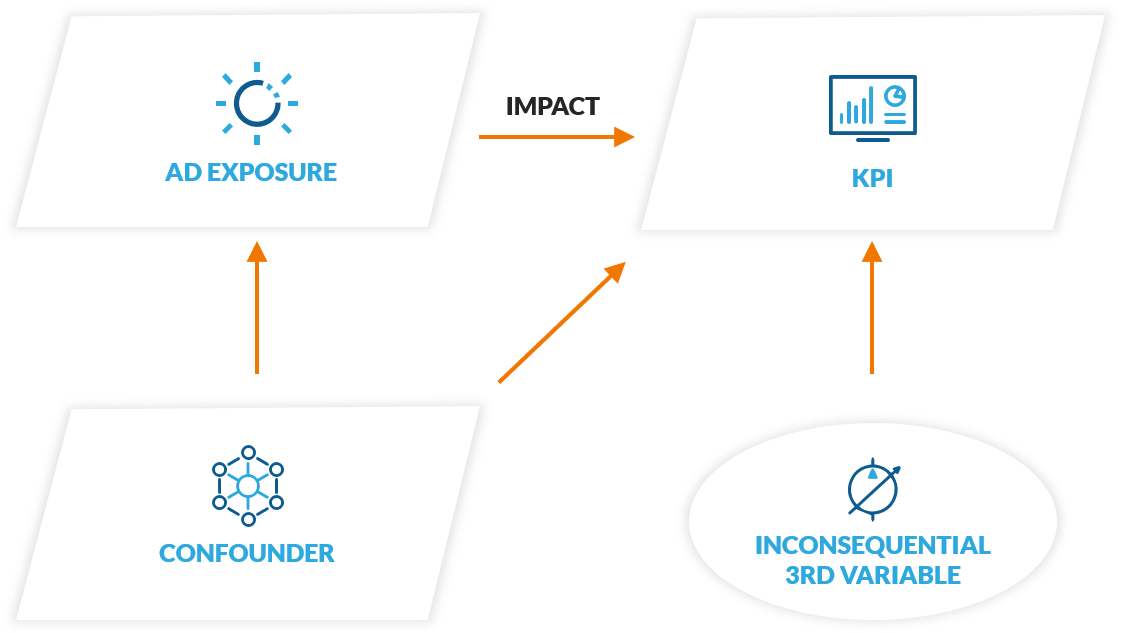 It is impossible to predict and quantify every single variable that could potentially impact a KPI. The much more practical and effective route is to ensure that every variable that impacts ad exposure (i.e. all factors that marketers use to target their campaigns) is tracked and identified as either a confounder or an inconsequential third variable. When a confounder is known, the exposed and control groups can be equalized so that the results are not biased. Ad measurement partners who leave confounders unknown cannot adequately account for them, meaning they may be essentially reporting on ad targeting rather than ad outcomes. Why? Because the exposed group may be systematically different from the regular population by the very factors that are used to distinguish and target those segments.
As a leave-behind from offline advertising, legacy measurement partners only account for 3 potential confounding variables: 1. Age, 2. Gender, and 3. Past Purchase. However, in the era of digital advertisement, there is a myriad of additional factors that must be accounted for in order to measure causal impact for digital ad campaigns. The rise of digital advertising has inundated causal inference with a wave of potential confounding variables. As the number of possible confounders increases, the mathematical sophistication required to account for them increases. And yet, legacy ad measurement partners are still using simple sample reweighting techniques that fail under the complexities of digital ad targeting.
Examples of Additional Potential Confounders in Digital Advertisement 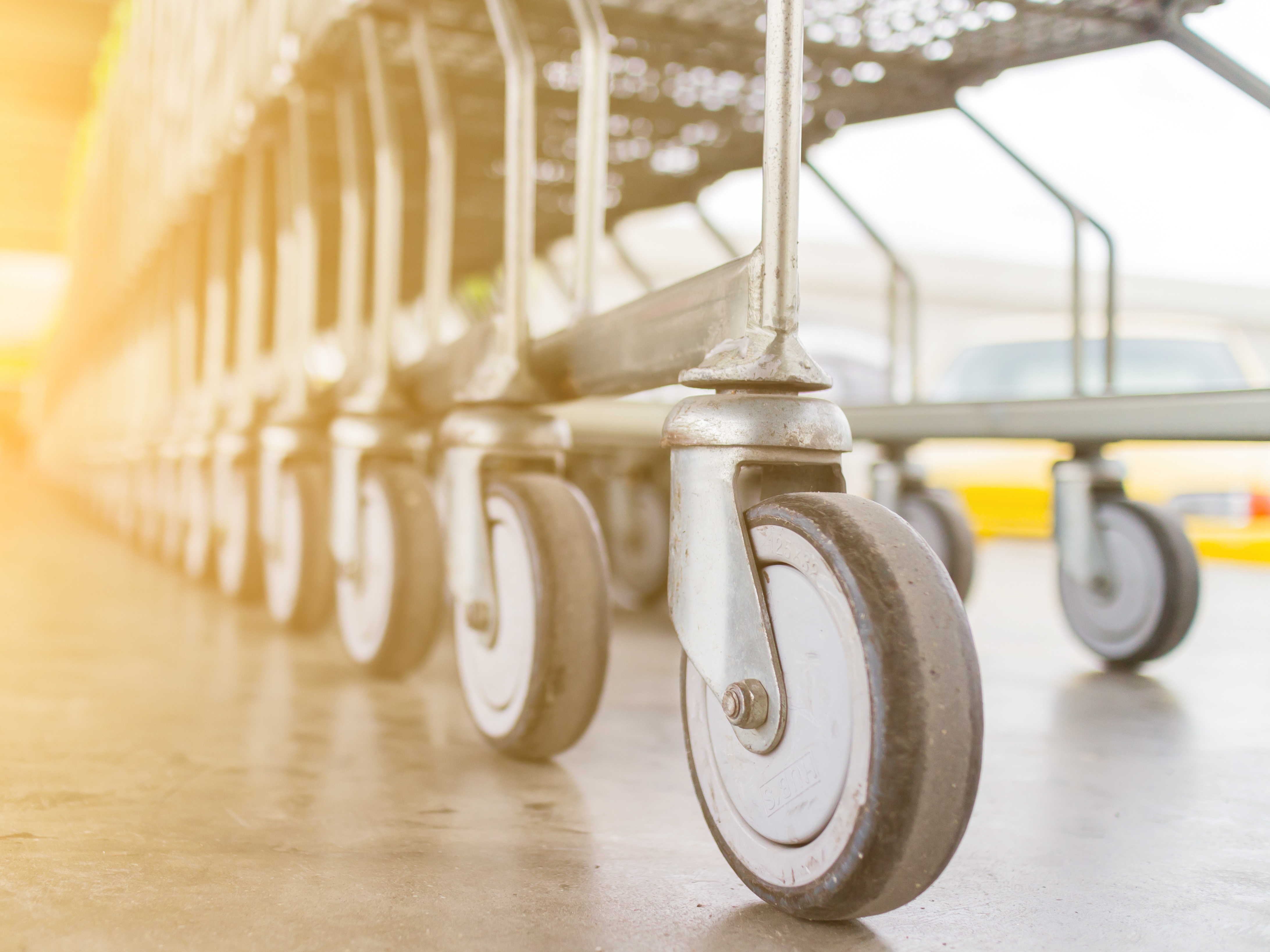 For instance, purchase location can be a confounder. Imagine there is a shampoo brand named Soyeux that is creating programmatic segments based on rewards card data. If Safeway has rewards card data and Costco does not, Soyeux will only have loyalty card data on shoppers who buy Soyeux shampoo at Safeway and not for those who buy it at Costco. Soyeux runs a digital ad campaign on Safeway purchasers of Soyeux shampoo to increase favorability. Concurrently a competitor, VixenVolume, has purchased an end cap at Safeway and not at Costco. In this case, purchase location may be a confounder because it may impact the probability that a consumer will be exposed to Soyeux’s ad campaign and it may impact the campaign KPIs.
For example, consumers who shop at Safeway will repeatedly see VixenVolume’s endcap making them more likely to be favorable to their shampoo than the general population. Since Soyeux’s digital ad is targeting Safeway shoppers, it is expected for there to be a higher percentage of Safeway shoppers in the exposed group than the percentage of Safeway shoppers in the control group. If purchase location is not accounted for mathematically, the impact of the digital ad campaign may be underreported since Soyeux’s digital ad campaign may be muted by the impact of VixenVolume’s end cap.
TV-Watching Behavior 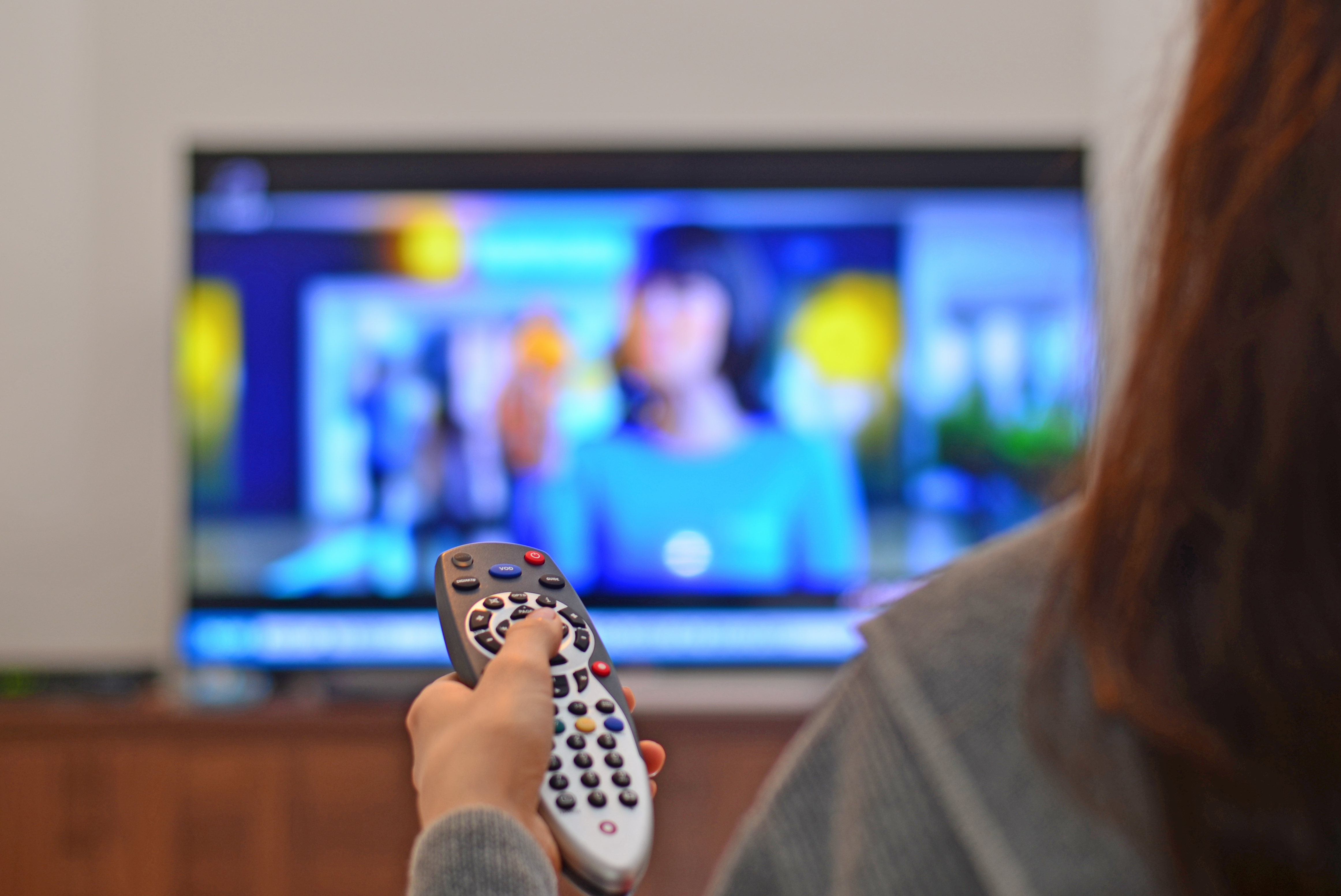 For illustration purposes, say an advertiser targets “low tv-watchers” with a digital ad campaign to supplement their TV campaign. In this case, it is likely that the control group, on average, watches more TV than the exposed group. Most often TV ads are more influential than digital ads. If digital ad viewers are compared to TV viewers without accounting for exposure to the TV campaign, the results will make it look like the digital campaign is not working.
While most legacy ad measurement companies only account for age, gender, and past purchase, any variable used to target an ad campaign is a potential confounder. Luckily, marketers know everything that goes into targeting their audiences so they just have to find a measurement partner with the sophistication to account for all of those variables.
Deconfounding Methodology
Causality, without proper deconfounding, is either incorrect or inconclusive. Deconfounding is a measurement technique that ensures control and exposed groups are equal across all potential confounders. What was once best-in-class deconfounding, before the digital era, no longer suffices. Don’t measure your campaign with legacy ad measurement techniques – instead, learn how to identify best-in-class deconfounding in order to increase your confidence in the results you use to make decisions.
To comprehensively respond to the influx of potential confounders brought about by digital advertising, deconfounding calls for sophisticated research methodology and mathematical techniques, such as control collection and propensity estimation. Download Upwave’s deconfounding one-sheeter to learn about world-class deconfounding so you can easily vet measurement partners.