Marketers are under more pressure than ever to spend every single ad dollar wisely. The key to making informed, on-the-fly adjustments to media campaigns is daily access to properly weighted brand outcome data.

Traditional brand lift measurement applies the overall control to every media tactic, creative tactic and frequency, which doesn’t empower advertisers to make quick, nimble shifts in ad spend away from underperforming media and creative tactics. These brand lift measurements are also delivered in the form of post-campaign wrap-up reports, sometimes with a mid-campaign read. Far too little, too late.
Upwave has rolled out a series of innovative features that enable brand advertisers to optimize their media and creative early and often. One such feature is the Cut-Level Control. This functionality enables advertisers to apply a custom control to every frequency cut, every audience, every media partner and every creative—in short, every tactic you can map to an ad placement ID or creative ID.

Measuring effectiveness of frequency, media and creative tactics with overall controls is incredibly misleading and not a measure of incremental lift. This flawed approach measures whether each tactic targets people already disposed to have positive attitudes toward the brand—not whether each tactic lifted those attitudes. For example, comparing higher impression frequency brackets to an overall control is really just measuring the attitudes of younger people toward a brand who spend more time online, irrespective of the number of times exposed to an ad. Similarly, comparing audiences to an overall control only compares pre-existing attitudes of each audience toward the brand—not whether the campaign is influencing the attitudes of each audience.

How the Cut-Level Control feature works

The Cut-Level Control feature uses advanced machine learning (ML) approaches to causal inference to automatically create a control specific to any set of exposed consumers. The set of exposed consumers for which a cut-level control can be created can be based on any criteria including frequency of ad exposure, exposure to ads targeting a particular audience and exposure to a certain creative concept. Only ML-based approaches can dynamically adjust control creation to any criteria. 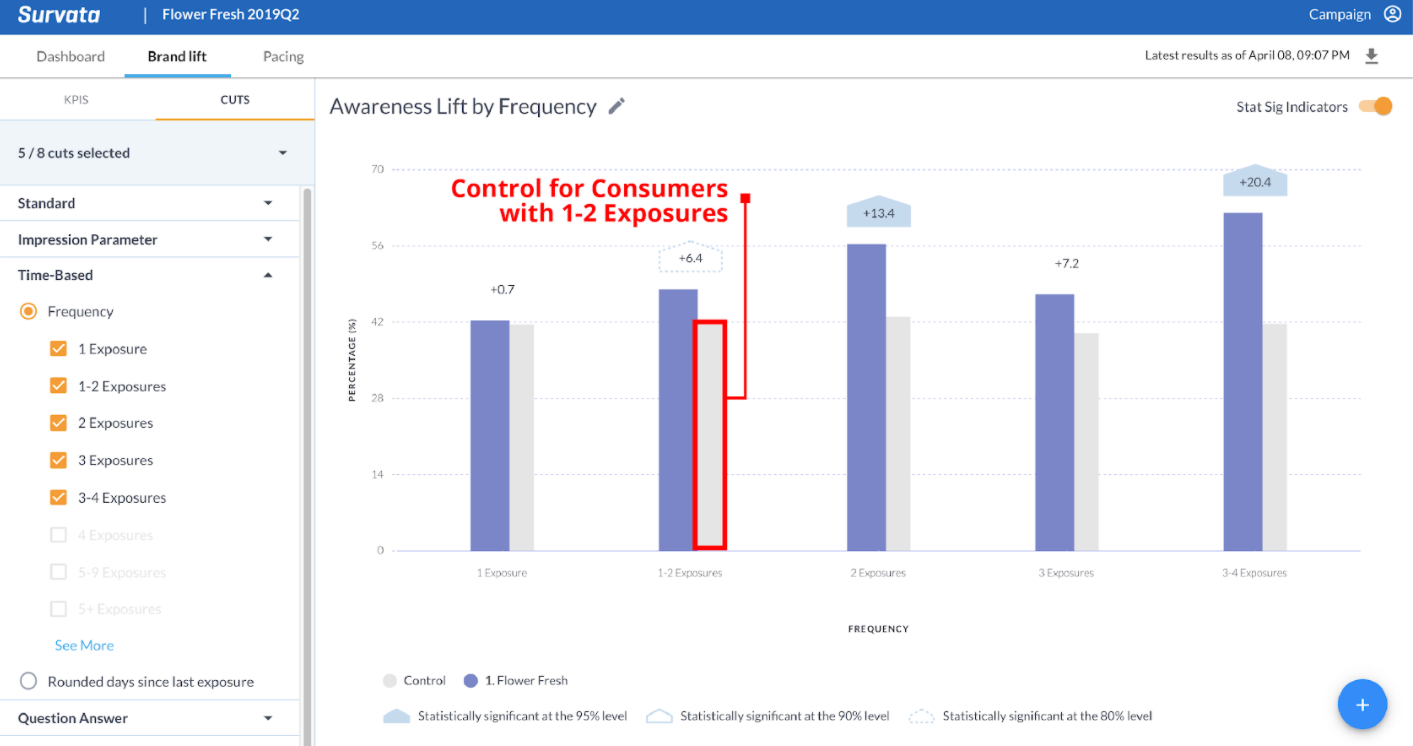 Upwave’s Cut-Level Control feature goes far beyond traditional, static measurement and yields unprecedented granularity in real-time on any cut desired. There are several granular tactics that can now be optimized thanks to cut-level controls: audience, publisher, creative and frequency.
Audience
One of the most common media tactics in brand campaigns is audience targeting, which cannot be measured without cut-level controls. Upwave dynamically creates a control specific to any first- or third-party audience. 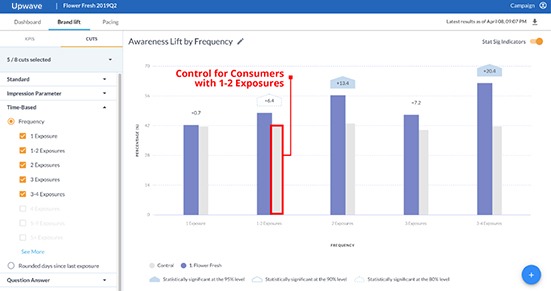 Publisher
Legacy brand lift measurement relies on site domains to create controls; however, most brand campaigns target premium media partners or ad networks that include multiple sites or premium inventory within a site. To optimize a media plan, brand advertisers rely on cut-level controls that report lift specific to their media partners. 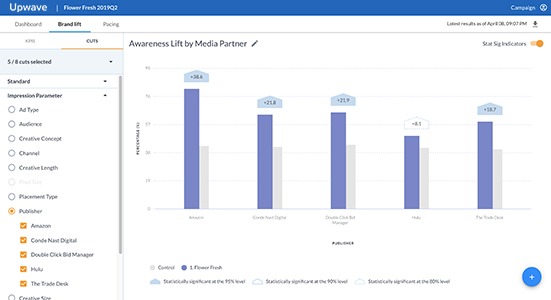 Creative
With Upwave’s Creative cut-level controls, advertisers can optimize creative weights in their campaign at any time, based on which creative messages, concepts or images are over-performing and under-performing. 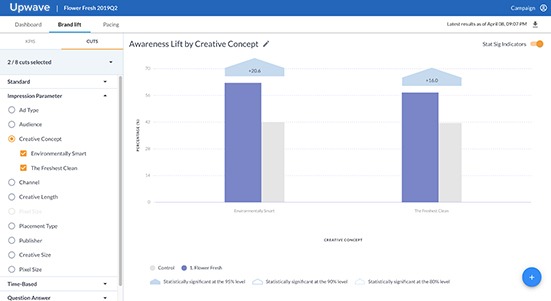 Frequency
The Frequency cut-level control enables advertisers to identify the optimal frequency cap for a campaign or a specific programmatic platform or media partner within the campaign. Legacy measurement that simply applies a control based on consumers with zero impressions is primarily measuring the differing brand attitudes of those who spend more or less time online—a control specific to each frequency band is needed to control for time online. 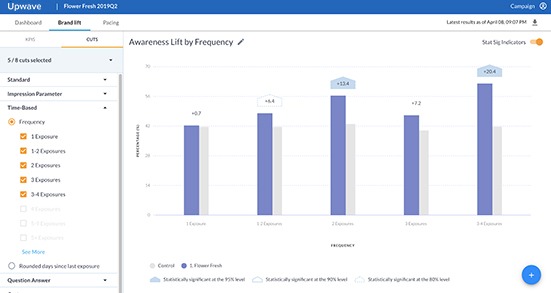 Having this level of insight into ad performance all within a single dashboard means advertisers can shift ad spend to various campaigns as frequently as needed.
Stay tuned for an upcoming post on another valuable feature Upwave has developed for marketers—Daily Automated Reads.