Brand campaigns aren’t one-dimensional. They’re complex and creative and designed to change minds and behaviors across diverse audiences engaging with all sorts of media. Yet legacy measurement platforms remain stuck in a one-dimensional world, relying on small groups of paid participants which ultimately give a skewed view of reach and lift.

As campaigns expand across CTV, linear, digital, and other fragmented channels, and as targeting becomes more nuanced, advertisers need more than just age and gender breakdowns to truly understand how well their media buys are reaching target audiences. In particular, advertisers need holistic insights that reveal both targeting effectiveness (did my campaign reach the right audience?) and scale (was the reach significant enough to drive market impact?) in order to optimize their media buys and enhance campaign ROI.

With our latest innovations, On-Target Profiles and Reach, Upwave continues our commitment to providing brand advertisers with the tools to understand campaign performance from many different angles – beyond simply age and gender – in real-time.

Upwave’s On-Target Profiles – previously known as Targeting Verification – provides the first critical piece of the targeting puzzle: measuring effectiveness. Using real attitudinal data and machine learning, On-Target Profiles help advertisers understand the accuracy of their audiences by establishing a census rep baseline for the unique target audience, and measuring the makeup of the population reached by the campaign against that baseline.

Take for example a campaign for a cat food brand targeting all cat owners: 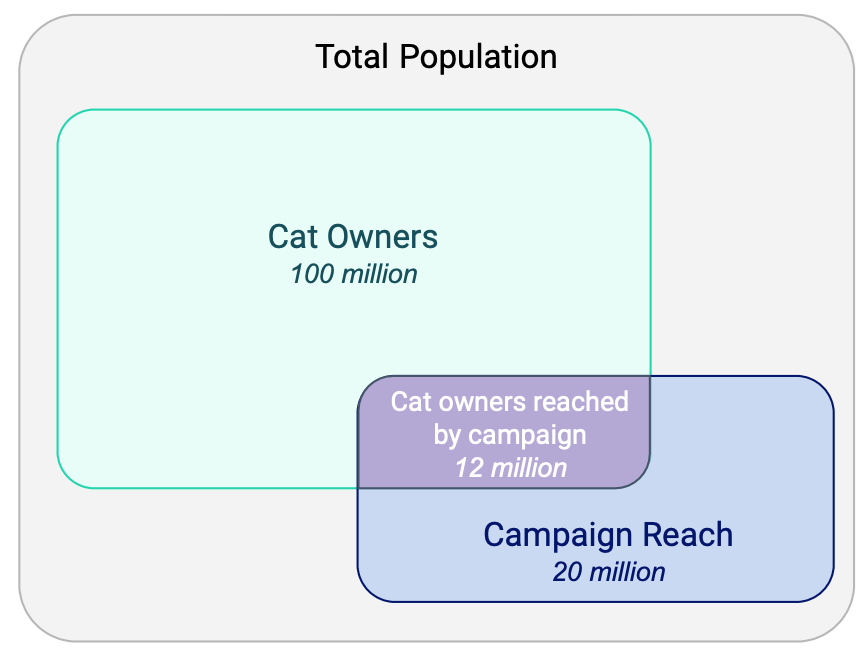 While this may just seem like an academic calculation, On-Target Reach offers real insights that can help drive tangible optimization decisions. Without knowing On-Target Reach, brand advertisers can’t determine the impact a campaign truly has within the target audience.

Sticking with our cat owner example, let’s take a look at two campaigns for a brand of cat food:

Based on a holistic view of the respective campaigns, we can see that Campaign B had the higher On-Target Reach and was, therefore, 50% more effective.

It is more important than ever not to just count people, but know who you’re counting.

On-Target Profiles and Reach work together across fragmented media channels to reveal whether your campaign is effectively and accurately reaching the intended audience, and whether the reach is significant enough to drive real market impact within that audience.