The Washington Redskins have recently garnered criticism, most notably by sportscaster Bob Costas and President Obama, for a team name many consider to be racially offensive towards Native Americans.

But a name change is certainly not on the horizon for the storied NFL program, according to the team’s owner Daniel Snyder.

Given the high-profile debate, we at Upwave were curious to see how public opinion stacked up. We used our consumer survey service to ask 5,913 Americans if they thought the Washington Redskins should change their team name.

We found that 30% of respondents thought the Redskins should not change their team name, while 19% thought a new name is in order. 51% responded “I have no opinion.” 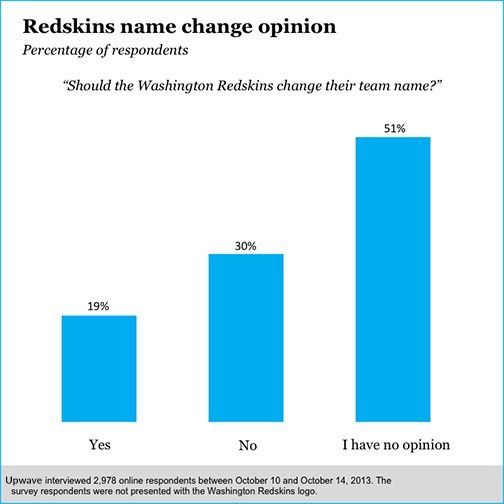 What’s in a name?

We found that opinion differed significantly by gender. 39% of male respondents believed the name should remain unchanged, compared to just 25% of female respondents. 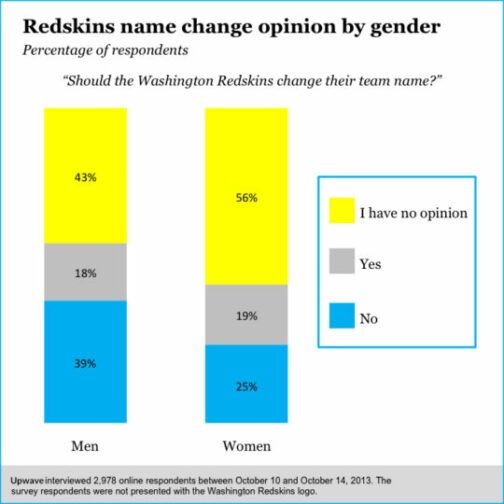 Unsurprisingly, we found that NFL fans were more than twice as likely as non-NFL fans to have an opinion on the matter. 50% of NFL fans answered that the Redskins should keep their name, compared to 23% of those not interested in NFL football. 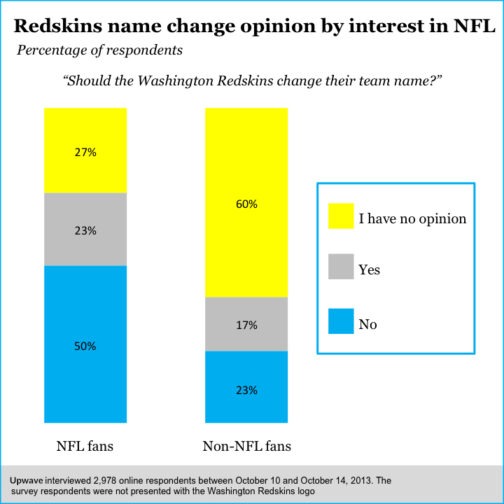 We were curious to see if inclusion of the Redskins logo would affect how respondents answered. Using the original survey as a control, we found that non-NFL fans were 15% less likely to answer “I have no opinion” when faced with the team logo in an otherwise identical survey. The results were scattered, however, as non-NFL fans were more likely both to support and oppose a name change when presented with the team’s logo. 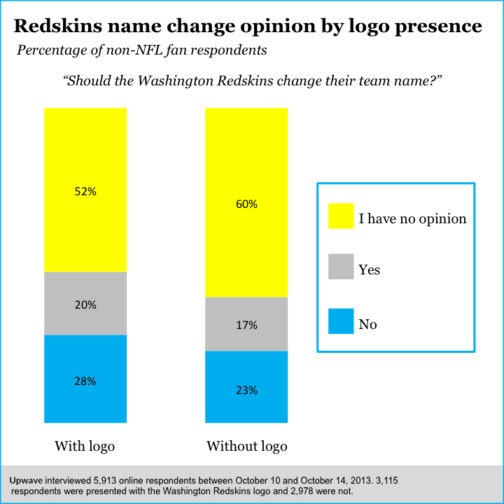 The effect of displaying the Redskins logo for survey respondents was intriguing. Whether respondents found the logo to be offensive or noble, this was a powerful demonstration of how consumer opinion can be influenced by a visual aid.
Footnotes for our fellow data geeks