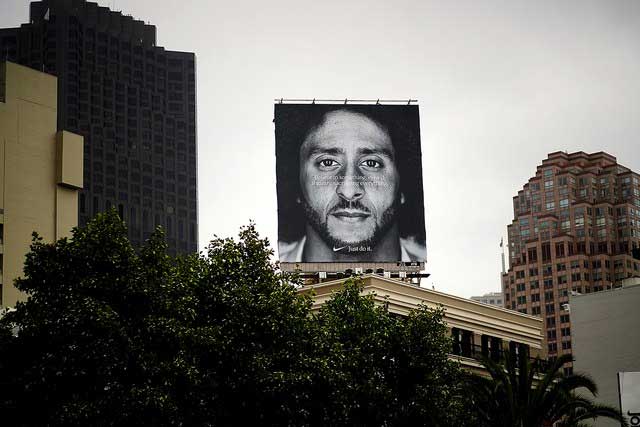 Upwave conducted a study to determine consumer sentiment towards the Nike ad featuring Colin Kaepernick the week it aired. Metrics such as brand favorability, and purchase/viewing intent were included for both Nike and the NFL.

Summary
The sample was nationally representative of the US population on age and gender. Over one-third of respondents (35%) chose not to disclose their political affiliation, likely due to the sensitive nature of the survey topic.

Almost half of all respondents have purchased Nike in the past (48%). Ad recall for the Nike ad featuring Colin Kaepernick was 42% at the overall level. Those who reported having seen the Nike ad were more likely to view Nike favorably than those who had not seen the ad (29% to 16%).

Upwave interviewed 501 online respondents between September 7th–10th, 2018. The study was sampled within the United States and was nationally representative of the US population on age and gender. The margin of error for this study at a 95% confidence level is 4.4%.

To learn about Upwave Market Research, please contact us.