According to the CDC, the percentage of American adults that smoke cigarettes is at its lowest point since they started tracking (currently about 17% of American adults smoke). That seems good. But we wanted to dive a little deeper. Are American smokers also smoking fewer cigarettes per day? It turns out, no. In November 2015 and February 2016, the distribution of smokers was nearly identical between periods. So while the percentage of American smokers may be going down, the amount of cigarettes smokers consume is steady.

We did notice differences in cigarette consumption among regions, as you can see in the chart below (which includes both the November 2015 and February 2016 periods of the survey). 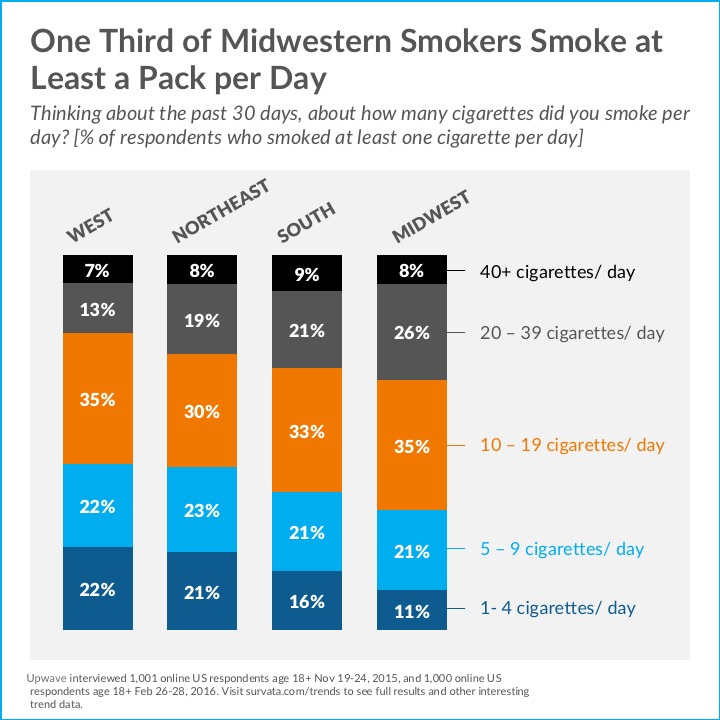